There is no reason for this tragic war to continue – the rational solution is crafting a sustainable security architecture for everybody in Europe.  But NATO does not want this — it wants hegemony.

The United States and NATO are determined to continue the proxy war against Russia — to the last Ukrainian.

Imran Khan ousted as Prime Minister of Pakistan after what he claims was a “foreign conspiracy” led by the US. Khan says the US sent him a “threat letter” warning that he should have never visited Russia after the Ukraine invasion. US is installing a puppet government, Khan says

Footage published by @TheSun via @Reuter and @anadoluagency shows a Ukrainian intelligence officer (SBU) wearing a patch that reads SS Galizien, referring to the 14th Waffen Grenadier Division of the SS, a Nazi military formation made up of Ukrainian ethnics 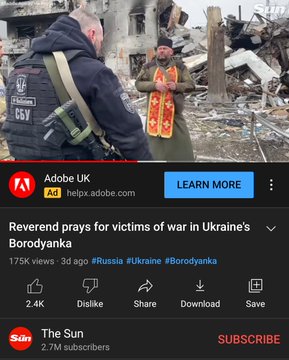 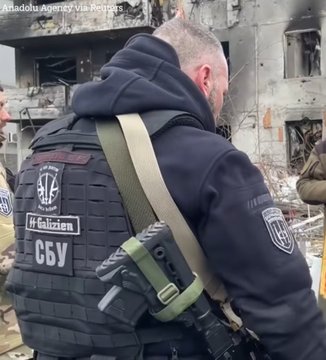 Clare Daly is an Irish representative in the European Parliament, and among the few willing to speak out against NATO, call out the organization’s lengthy hi…

Prevention of domestic crime and the mega-crime of war entails a commitment to social justice at home and honest dialogue internationally.  It abhors double standards, provocations and false flags.

#Mearsheimer, speaking to @KatrinaNation, noted the continued alliance between DC & Ukraine’s far-right “The Americans will side with the Ukrainian right.. Both do not want Zelensky cutting a deal with the Russians that makes it look like the Russians won“

This week, John Mearsheimer, speaking to @KatrinaNation, noted the continued alliance between DC and Ukraine’s far-right: “The Americans will side with the Ukrainian right… Both do not want Zelensky cutting a deal with the Russians that makes it look like the Russians won.”

In 2019, Zelensky was elected on an overwhelming mandate to make peace with Russia. As Stephen F. Cohen warned that year, the US chose to side with Ukraine’s far-right and fuel war.

In 2019, Zelensky was elected on an overwhelming mandate to make peace with Russia. As Stephen F. Cohen warned that year, the US chose to side with Ukraine’s far-right and fuel war.

Remember: definitely *not* a US proxy war! And if you describe it as such, you’re some kind of Kremlin talking points peddler — or perhaps a right-wing conspiracy theorist

This morning, I had the pleasure of speaking with Ukrainian troops training in the U.S. who are returning home to Ukraine today. Their bravery and skill are amazing. I made clear the U.S. will continue to provide them with the assistance they need.

University of Chicago Professor John Mearsheimer, widely respected “dean” of the realism school (aka, “offensive realism”) of international relations, has put the conflict in Ukraine in a context that everyone can understand – and needs to understand before it is too late.

Speaking at an April 7 webinar, Mearsheimer was, true to form, “offensively realistic”. He explained: (1) the root cause lies in the April 2008 NATO summit Declaration that Ukraine (and Georgia) “will become members of NATO“; and (2) that Russia sees this as an “existential threat” and therefore “must win” this one.

Houston, We Have a Problem

For President Joe Biden and the Democrats, even though Ukraine poses zero strategic threat to the U.S., a Russian “win” would be, politically, a “devastating defeat”, says Mearsheimer. In that sense, the conflict is a “must-win” for the US as well. Underscoring the obvious, he noted it is impossible for both sides to “win” – at least not in current circumstances.

Compromise? The kind of give and take needed to cobble together some kind of compromise has become equally impossible with the years-long demonization of Russian President Vladimir Putin. One cannot compromise, of course, with the devil – even if this means that others (in this case, the militarily outmatched Ukrainians) have to shed more blood – of course, not US/NATO blood so far. But this may come; there are always unintended consequences from what historian Barbara Tuchman called the March of Folly toward war.

Mearsheimer notes that the US is already “as close as you can get” to being directly involved. And who can be sure that President Biden will be able to continue resisting ever mounting pressure to do more. And what are the odds that President Putin will be able to resist similar pressures to take fuller advantage of Russia’s dominance in its “near-abroad”. By invading Ukraine he has already acted more aggressively than many analysts, myself included, thought likely.

NATO is still doubling down, sending weaponry into Ukraine, even as Russia makes it clear it will try to destroy them as soon as they cross the border. However “offensive” you may find Mearsheimer’s realism, it is, well, real. His enviable historical record is clear; he is not given to overstatement. And so he must be taken seriously when he points out that the Ukraine conflict is more dangerous than the Cuban missile crisis of 60 years ago and that, like the situation in 1962, escalation to the use of nuclear weapons is a growing possibility.

Noting that US academics and policy makers don’t believe NATO’s designs on Ukraine represent an existential threat to Russia, Mearsheimer is as blunt as his courteous mien permits. “What people in Washington believe is irrelevant. What matters is what Russia believes.” He rejects the “mainstream” view that Putin’s Russia is motivated by expansionist aims, and asks the savants in Washington to put concrete evidence behind their claims. Moreover, “There is no evidence in what Putin has said that he wants to make Ukraine part of Russia,” Mearsheimer adds.

Whether out of professional courtesy or lack of time, Mearsheimer did not spell this out. As a decades-long practitioner of Russian analysis, however, I am astonished at what passes for analysis of Russia in this day and age. It is as though the Soviet Union never fell apart and that KGB rascal Putin is still trying to take over the world.

The following is what I might call Exhibit A, courtesy of the New York Times, Putin Has the US Right Where He Wants It by Fiona Hill:

The West’s muted reactions to both the 2008 and 2014 invasions emboldened Mr. Putin. This time, Mr. Putin’s aim is bigger than closing NATO’s “open door” to Ukraine and taking more territory – he wants to evict the United States from Europe. As he might put it: “Goodbye, America. Don’t let the door hit you on the way out.”

Thus far the words of one Fiona Hill, a protégé of the Chief Exorcist of all things Russian, Richard Pipes of Harvard – a Polish-American confederate of Polish-American Russophobe, Zbigniew Brzezinski.

Ms. Hill’s January op-ed suited the Times emphasis on Russian perfidy so well that it gave a lot more space to her Friday in “Transcript: Ezra Klein Interviews Fiona Hill.“

Those brave enough to sort through Ms. Hill’s thoughts on Russia and Ukraine may conclude that she is a true believer – that she really believes whatever it is she is saying. I think we have to give her the benefit of the doubt. Chalk that up to poor education on Russia.

I hasten to add that Fiona Hill is simply Exhibit A. Other Exhibits go well beyond “Z”. For someone like me, who was exposed to the best in training in Russian/Soviet studies back in the day, it is not only dangerous – but also extremely sad – to see the product academia is turning out these days.

I am joined in this thought by Gilbert Doctorow, who experienced – and put into practice – the best learning on Russia available at Columbia – again, back in the day. He recently wrote this:

Those in Washington who thought Russia could be crushed misunderstood Russians and underestimated the capabilities, determination and sang froid of their Government.

But then there is nothing to be surprised at in this state of affairs.

Russian studies in the United States have been virtually useless to anyone for at least two decades. Taking the well known and respected Harriman Institute of Columbia University as a marker, I can say that … the monthly program of events for the student body has zero on offer. The lectures and round tables on the Ukraine war today are talk between tweedle-dum and tweedle-dee, with all panelists reading from State Department briefings, no different from what the journalists in mainstream media are doing. Not an original perspective or thought to be found there.

The field has been totally politicized into an anti-Putin street party and otherwise trivialized. There is no way that this esteemed institution could help anyone in Washington planning economic warfare on Russia to understand the resilience of the Russian side and the futility of their mission.

P.S. See Gilbert Doctorow’s 2013 essay in The Moscow Times: Defunding Russian Studies May Be a Blessing.