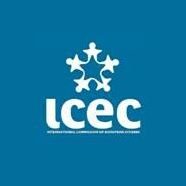 (i) Iruzkina, B plana dela eta:

Welcome to the strange world of Warren Mosler, creator of Modern Monetary Theory1

“(…) ”Despite what most of us think, no modern capitalist government ever taxes to raise money to spend. Their real motive, even if they don’t know it, is to reduce aggregate demand and slow the economy.”

(…) ”When the economy is at less than full employment, spending cuts can only make matters worse.”

(…) ”Government surpluses are not an economic plus – they’re a drag on performance because they always represent monetary savings withdrawn from the economy.” Mosler claims that, in fact, most financial crises in the modern era were caused by a preceding run of surpluses.

The chairman of the US Federal Reserve, Ben Bernanke, for example ”didn’t understand how the Fed worked in the US economic crisis; he disrupted recovery for six months by failing to realise he could lend freely to US banks on an unsecured basis”.

”They don’t fully understand that where a government issues its own currency it doesn’t matter how large its debt grows, it can always pay it.”

(…) ”We’re all still behaving as if our currency were linked to the gold standard, as it was before 1971,” Mosler complains. ”We’ve yet to adjust to the government’s new role as the economy’s scorekeeper, with money as nothing more than the points.” Yet the game, he points out, really has changed. ”Not only can the government no longer run out of money, it also can’t drive up interest rates through higher levels of debt because its own central bank necessarily sets those rates, not market forces,” he says.

“(…) there is Mosler’s 2006 prediction that the current euro crisis would be the certain result of the PIGS countries’ surrender of their ability to issue currency and finance through government deficit.

There is also the small matter of the multibillion-dollar Bush tax cuts and spending increases, the second tranche of which, Mosler casually reveals, were inspired by his 2003 meeting with Andy Card, White House chief of staff to then president George W. Bush. (Bilioi amerikar bat = Mila milioi europar)

Most persuasive, however, is the man himself. If only three people actually understand global finance, Mosler might well be the only one to also understand international bond markets. He has, after all, traded in them for more than 40 years, managing billions in funds and making millions in profit. It was during his most profitable trades – on Italian government bonds in the 1990s – Mosler says, that he had his epiphany.

”We made a lot of money by betting the Italian government wouldn’t default even though their debt-to GDP ratio had exceeded 110 per cent,” Mosler recalls. ”I knew no country that issued its own currency ever had defaulted, nor had they ever had to ‘print money’ to pay, but I didn’t know why. Eventually it hit me: buying securities from a country’s central bank or its treasury are both functionally the same.”

They’re supposed to be different, Mosler points out: central banks sell securities in order to drain reserves, while treasuries supposedly do it to raise expenditure. ”But the end result is exactly the same – a pile of money sitting in securities accounts at the country’s central bank,” he says. ”The inescapable conclusion is that treasury sales of government debt don’t actually raise funds: they too simply drain reserves. That means that it is government spending and taxing that actually impacts the economy, not managing the debt.”

To paraphrase Dick Cheney, deficits do matter, says Mosler. ”And your persistent unemployment (…) is telling you yours are far too small and need to be much larger.”

Hope the Catalan, Basque and European people will learn with it.

Thanks a lot. Mila esker.